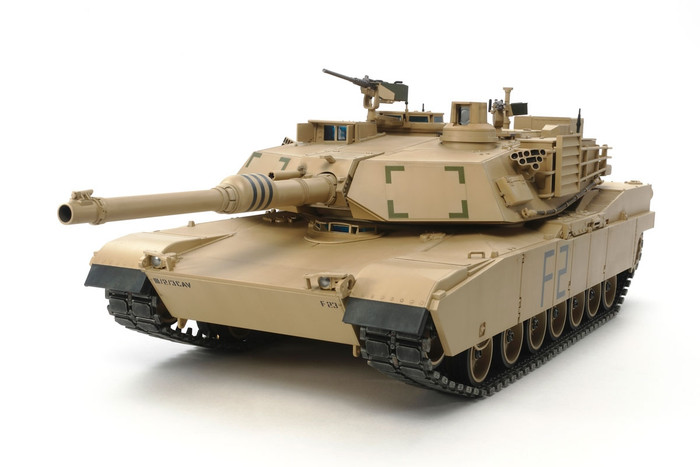 The Abrams main battle tank has been around since the early 1980s. It has undergone constant upgrades to ensure that it stays at the cutting edge of military technology. M1A2s were introduced in 1992, developed to be chock-full of front-line technology and bring the M1 into the digital age. They featured depleted uranium armor, a modified commander’s cupola, Intravehicular Information System (IVIS), Commander's Independent Thermal Viewer (CITV) turret and a new style vision block, and much more! M1A2’s played a significant role in Operation Iraqi Freedom, being deployed by land forces as they moved toward Baghdad in 2003.